Assumption Grotto is well-known throughout the American Catholic world as a haven for the traditional liturgy. Fr. Eduard Perrone is the man responsible for the establishment of that haven.
So when abuse allegations were floated against him, there was considerable shock. Despite my differences with the parish (we attend the Institute's Saint Joseph Shrine for the traditional liturgy), the allegations against Perrone didn't pass a 10 yard sniff test for me.
And the more I read, the more it looked like an overzealous sheriff's detective was looking for his scalp.
The still-suspended Perrone was able to retain counsel, and filed a civil defamation suit against the detective in question, Sgt. Nancy LePage.
On Friday, a three-attorney panel in Macomb County issued a case evaluation award of $125,000 in favor of Fr. Perrone.
Now, understand that this is not a payable judgment--at least not yet. But it is newsworthy and has additional potential legal implications. 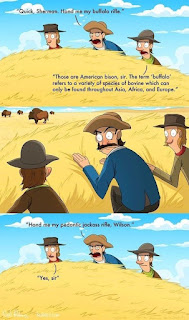 So here's where I have to risk the Pedantic Jackass Rifle and explain a peculiarity of Michigan civil law.
Under the State Constitution, Michigan's Supreme Court has full rule-making authority for civil court proceedings. This authority is embodied in the Michigan Court Rules.
One of the rules--MCR 2.403--requires that, after discovery has been concluded but before trial preparation has kicked into high gear, the parties submit to "case evaluation." Case evaluation consists of a three-attorney panel versed in the law of the case at hand. There is one plaintiff-side practitioner, one defense-side and a "neutral"--someone who has been on both sides.
Each party submits a brief containing the relevant record evidence and law supporting its position to all of the panel members. Each also requests a "valuation" for the case--a dollar amount appropriate for resolution. Each attorney meets with the panel and sets forth arguments and answers questions. Then the panel members meet and confer about the case and come to agreement on a valuation, which is then handed to the attorneys for each side a few minutes later.
Each side then has 28 days from the date of the valuation to accept or reject that number. It's a fairly mechanical process--brief, a bit impersonal, and overall one that would deeply annoy the plaintiff and defendant but for one important fact: the valuation number forces each side to think long and hard about settling the case.
Why? Two reasons.
First, if both parties accept, the sum becomes a binding judgment for that amount.
Second, and arguably worse yet, if you reject the panel's valuation, you can be on the hook for "actual costs," which includes the other side's "reasonable attorney fees":
(1) If a party has rejected an evaluation and the action proceeds to verdict, that party must pay the opposing party's actual costs unless the verdict is more favorable to the rejecting party than the case evaluation. However, if the opposing party has also rejected the evaluation, a party is entitled to costs only if the verdict is more favorable to that party than the case evaluation.
MCR 2.403(O)(1). The definition of actual costs as including "reasonable attorney fees" can be found at MCR 2.403(O)(6)(b).
"More favorable" means, with all the accrued interest and taxable costs thrown in, doing 10 percent better than the valuation. But if you accept, you are not on the hook regardless of how you do. But if you reject and your result is not "more favorable," you foot the other side's costs from the date of rejection. Which includes the trial costs, which usually dwarf everything spent during the discovery phase of the case.
I have handled one defamation case in my career, and the valuation was nowhere near $125,000. That's a sign that the panel thinks the case has merit and could explode in the County's face.
Both sides are going to play the equivalent of Texas Hold 'Em for a six-figure pot for the next 25 days. It will be interesting to see how it plays out. But if I had to guess, the one doing more sweating right now is Macomb County.
at July 13, 2020

Email ThisBlogThis!Share to TwitterShare to FacebookShare to Pinterest
Labels: In The News, Law-Talking Guy