A comparison of George Orwell to Aldous Huxley, from Neil Postman's Amusing Ourselves to Death. I think we're getting closer to Huxley's dystopia every single day.

I've read and enjoyed retired Army Lt. Col. Ralph Peters' political columns for years, and I am also a fan of his novel writing--specifically, the grimly-entertaining if overtaken-by-events The War in 2020. Despite the fact 2020 was written shortly after America's paranoia about being reduced to Japan's granary peaked (remember that?), it is an excellent read, the story of an arrogant, over-extended America getting a grim comeuppance from Japan and her proxies, then over the course of a generation staggering to her feet. After doing so, she decides to ready a six-pack of comprehensive technowhup-ass in aid of a dying Russia against Japanese-backed Muslims surging into Asiatic Russia. Who in turn have their own devastating superweapon in reserve...


As a meditation on men who fight--on all sides--both against their external foes and the often more-paralyzing, if less bloody, infighting, 2020 remains second to none. It also offers rather tart observations about the dysfunction of Arab and Russian cultures, and how each bedevils the Japanese and Americans respectively.


It was thus with some enthusiasm that I looked forward to The War After Armageddon, his most recent novel. I can recommend it, albeit not with the same enthusiasm I can 2020. However, that's because about three-quarters of the way through it, I realized Peters wasn't writing it for me. Indeed, he's not writing it for anyone who sees the current twilight struggle with Islamic terrorism as necessary. Rather, Peters wrote War for those who don't, as a slap-in-the-face cautionary tale. In fact, it can be, with tongue planted in cheek, described as The Military Companion to The Handmaid's Tale.


War features as its admirable protagonist an American Army Lt. General, Gary "Flintlock" Harris, a devout Catholic commanding what is left of the old U.S. Army in an American "liberation" of the Holy Land. Actually, you need a little backstory first. In roughly 20-30 years, after years of increasing friction and violence, the Western Europeans give up their attempts to manage ("assimilate" being entirely the wrong term) their Muslim minorities and decide to rid themselves of the Muslims instead. Not genocidal (though the deaths of any such persons are laughed at by the European soldiers in the book), but certainly inspired by the successful examples of ethnic cleansing in the late 20th Century. The U.S. attempts to facilitate as humane a possible rendition of the Muslims, and shortly after its efforts sees a couple cities nuked.


Rage follows, and to this extent War mirrors the excellent Caliphate by Tom Kratman, previously reviewed here (with a visit from the author, to boot). [Speaking of which, Kratman's "A Desert Called Peace" is in the review queue, too. Ah, assonance!] On balance, however, I found Kratman's scenario of the American reaction more realistic (and thus more horrifying) than Peters', though I think Peters' depiction of Europe's ethnic cleansing is more chillingly likely than the supine Europe of Caliphate.


In War, a charismatic Arkansas preacher named Jeff Gui rises shortly after the mushroom clouds (there's speculation it's not coincidental) and preaches hell-fire and damnation to Islam, along with the same to those who don't share his peculiar interpretation of Christianity. It becomes wildly popular, and sweeps aside/co-opts the existing political parties, with Gui finding himself as Vice President. In a religious fervor heretofore unseen, America seems to be transitioning to a functional theocracy.


Which is where War almost lost me. Unlike in Caliphate, which cleverly gave the reader how the American Empire was born in the form of "contemporary" book published in a glasnost-like thaw, America's Cromwell Ascendant moment is, for the most part, not shown, it's mentioned. And it's far less effective because of that. Unlike Europe getting its Milosevic on, Peters doesn't show America getting Theonomist. He tells it, instead. Which is a disappointment, given Peters' successful world-building in 2020.


Moreover, it's not convincing. Yes, I know America has a minor experience of theocratic government (Puritan Massachusetts) and has a tattered fistful of actual more-or-less theocrats. But since Peters for the most part doesn't show how America reached its present state, it has the effect of "Meanwhile, back in Hindu Dublin..." Whoa, wait--what? How? It's about as effective as Atwood's "Handmaid's Tale" in that respect. Which is to say, not particularly. And much more disappointingly.


Instead, we are told of an America suspending the First Amendment, creating a Christian SS in the form of the Military Order of the Brothers In Christ (MOBIC), which marginalizes and weakens the American regular forces, women being banned from the military, mob violence against the insufficiently devout and so forth. It doesn't work, not nearly as well as it needs to. And given America's DNA, it would take a careful world building to make for a successful suspension of disbelief.

Be that as it may, after the European backstory (in which Harris participates), the scene shifts to the shores of nuked Israel (Israel and Iran come to blows), where Crusader America is launching an ostensible liberation of the parts of the erstwhile Jewish state that don't glow. The MOBICs are lead by Sim Montfort (sigh--not too subtle there), the prize convert of the Rev. Gui, a military commander whose motto is "Kill all!" and whose tactical sense is right at the level of Ambrose Burnside. Harris leads the supporting regulars, with inferior equipment but far superior smarts and compassion for the Muslim locals. Who, to Peters' great credit, are depicted with all the pathologies and virtues held by the current Muslim locals. In fact, one of the strengths of the book is Peters' convincing argument that American values leave us at a disadvantage in the region. Let me hasten to add: he is notnotnotNOT arguing that we should abandon those values, but rather should recognize that the current Middle East is, in the main, a basket case impervious to transformation by those values.

The book depicts combat quite convincingly and unsparingly (a Peters specialty), and the infighting with equal conviction. Harris rightly rejects the American techno-fetish and recognizes men have to fight when the gee-whizery fails, as it does quite often in the book. It's an electronic warfare hell, offered with absolute clarity. All the while, Harris and his troops try to preserve their decency against the hell-tide of butchery being wrought by both the MOBICs and their external enemies. Harris also can't quite shake the worry that the enemy still has nukes in reserve...

The action rolls to a climax, the knife-fighting between the American branches grows bloody and betrayals mount. It's a harrowing and unpleasant read, and the postscript is horrific. It is to Peters' great credit that it works as well as it does, the implausibility notwithstanding. One last complaint: the heroes are multifaceted and shown with their flaws, but the villains are pretty much moustache-twisting cardboard from central casting, with no depth whatsoever. I like my human villains to have layers--not necessarily to the point of demanding sympathy (which is the opposite sin), but at least having some complexity. There really isn't any here, apart from one of the Muslim junior leaders.

That said, it's still Peters and showcases his strengths quite well. I give it a seven out of 10. If you're more paranoid about Christianists!, you'll probably make it a nine. And Peters will be happy that you got the message.

As I said to my eldest daughter when we were buying cabbage on Saturday afternoon:
"I understand this is a really big deal for you people." 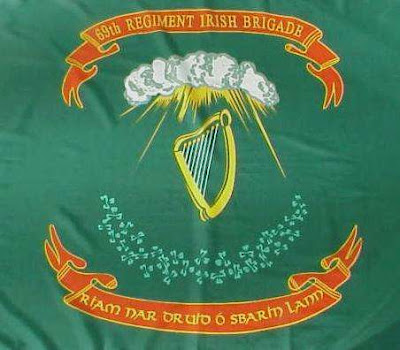 Email ThisBlogThis!Share to TwitterShare to FacebookShare to Pinterest
Labels: Things Irish, Why Yes I Can Be A Prick

Naval battles are almost never as decisive as land battles.

As I explain with magisterial force and eloquence in the comment box to this Inside Catholic article. While important and decisive in its own way, the battle of Lepanto didn't "save Europe" any more than the Battle of Midway "saved America."

That's not a function of the particular battle between Don Juan and the Sultan: rather, it's just the way naval battles go. Boots on the ground decide the matter, not rudders in the water. 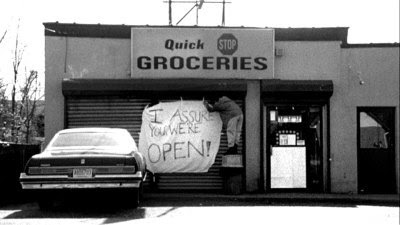 I suppose I should start blogging again. The funny thing is I gained three followers since I stopped almost two months ago, which is kinda hilarious. A hint, maybe?

For the curious: Things are fine, actually. Hectic, but fine. We're trying to get short sale approval for the fridge box we are currently living in. The process is best described as proctological. From the recent market surveys of houses nearby, it seems likely that you can have our home for a few artfully-arranged rolls of nickels. Feng that shui. Hey, it could hypothetically be a future historical landmark, or some kind of Amityville redux, what with the cat skulls in the crawl space.

Heather and the offspring are doing well, with Elizabeth tipping the scales at around 17 pounds at four months.

As to the blog, I'm going to change up slightly, weaving in a lot more book reviews, since that seems to be a fun area of discussion and I have the proverbial buttload o' books from which to choose. Ditto matters historical. I also have a yen for short fiction, but that may stay on the shelf. I have a pending request for a Byzantium post (no, seriously) which I will indulge. I'll still drop the occasional fisk, but they are pretty time intensive, and time is a commodity I don't expect to have in abundance for this year.