If a bad end.
The good: the children were spoiled by their grandparents over the Fourth.
A heatwave stretches over the State, but the lake helped, as did good air conditioning. 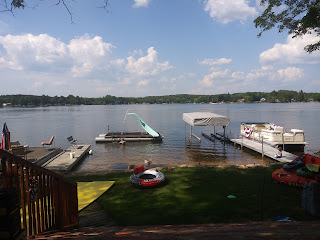 A nice view of the lake. 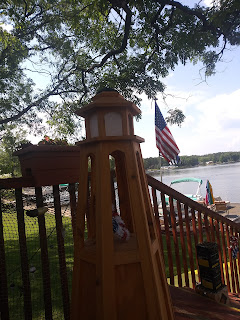 My brother and I chipped in to get my Mom this lighthouse. A solar charger powers an LED light which offers a soft glow seen from indoors and out. 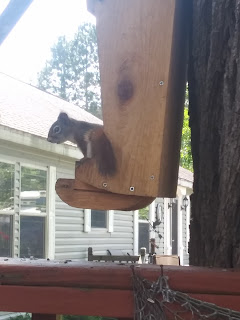 Mom feeds the local squirrels so that the birds get something to eat. Even the ones born this year have become quite "meh" about humans nearby. 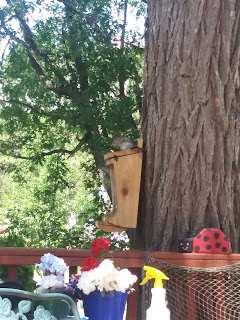 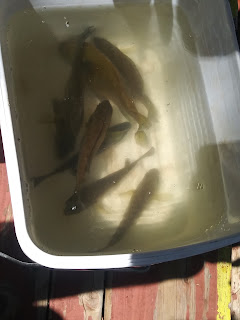 The fishing off the dock is impressively easy. All catch-and-release for the kids, though Louis is itching to tangle with a pike. 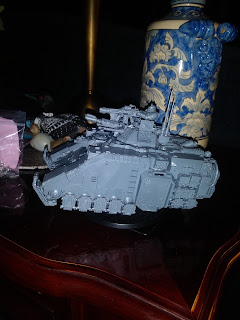 I prepped for other options should the weather turn bad. The weather was reliably good--but the sunburns prompted a move indoors. Above is the Floating M2 Bradley In Space! called the Repulsor. 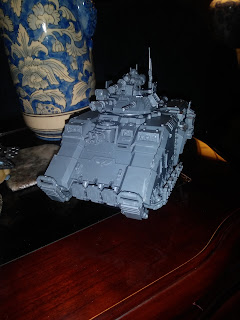 And here's a front view of the Wall of Guns, as it is sometimes known.
Now for the bad: it appears the transmission went out on the Ford Expedition on the way home yesterday. We were mostly home, close enough for a good friend to come up with her family van to transport everyone else and their luggage home while I waited for the wrecker. So everyone was and is safe.
The towing bill from I-75 between Detroit and Flint was $257. The almost-certain transmission replacement will be staggeringly higher. I might be wrong, and it might be something else other than the transmission. But it's a 2005 vehicle, and I have probably run out of luck.
at July 08, 2020