I need something light, so: memes. 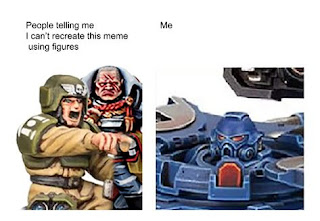 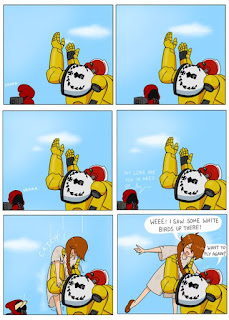 Having a Space Marine Uncle could be really cool.

Not so by the way, I used to toss Maddie up to the rafters like this. I'll have to find that picture. 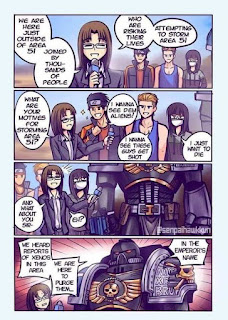 "There are no aliens at Area 51" is confirmed. 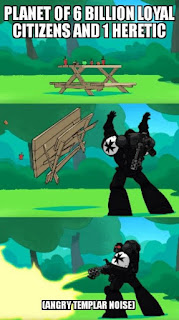 The Black Templars are kinda loopy.
But Grimaldus is pretty awesome, even if he was rude to Vulkan's boys at Helsreach.
"Excuse me, Miss--I speak Lore." 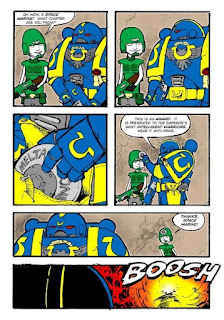 Yeah, everybody knows who the Ultrasmurfs are. Can't let that slide. 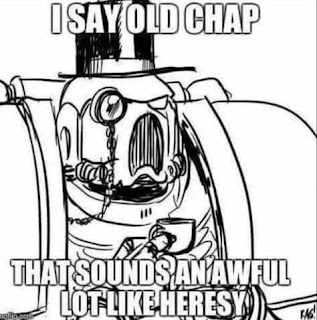 "And I'm putting this cup down and un-holstering my assault bolter. No hard feelings, old man."