Are We Becoming More STUPID? IQ Scores are Decreasing.

Email ThisBlogThis!Share to TwitterShare to FacebookShare to Pinterest
Labels: People Aren't Getting Any Smarter, Politics

I don't actually have any thoughts--yet--about the underlying incident between Michael Brown and Darren Wilson. I need to see more evidence before I can say one way or another. I have a sneaking suspicion there may be no innocents here at all. The leak wars are not increasing my confidence.

But I do know the following:

1. I hate looters. If you try to destroy a shopkeeper's livelihood, you are near-enough to literally tearing the food out of his (or, yes, her) family's mouths. If he sends you to the particular judgment during your extralegal shopping spree, the prosecutor best not ask me to be on the shopkeeper's jury.

2. I hate militarized police forces. Sure, this is true: 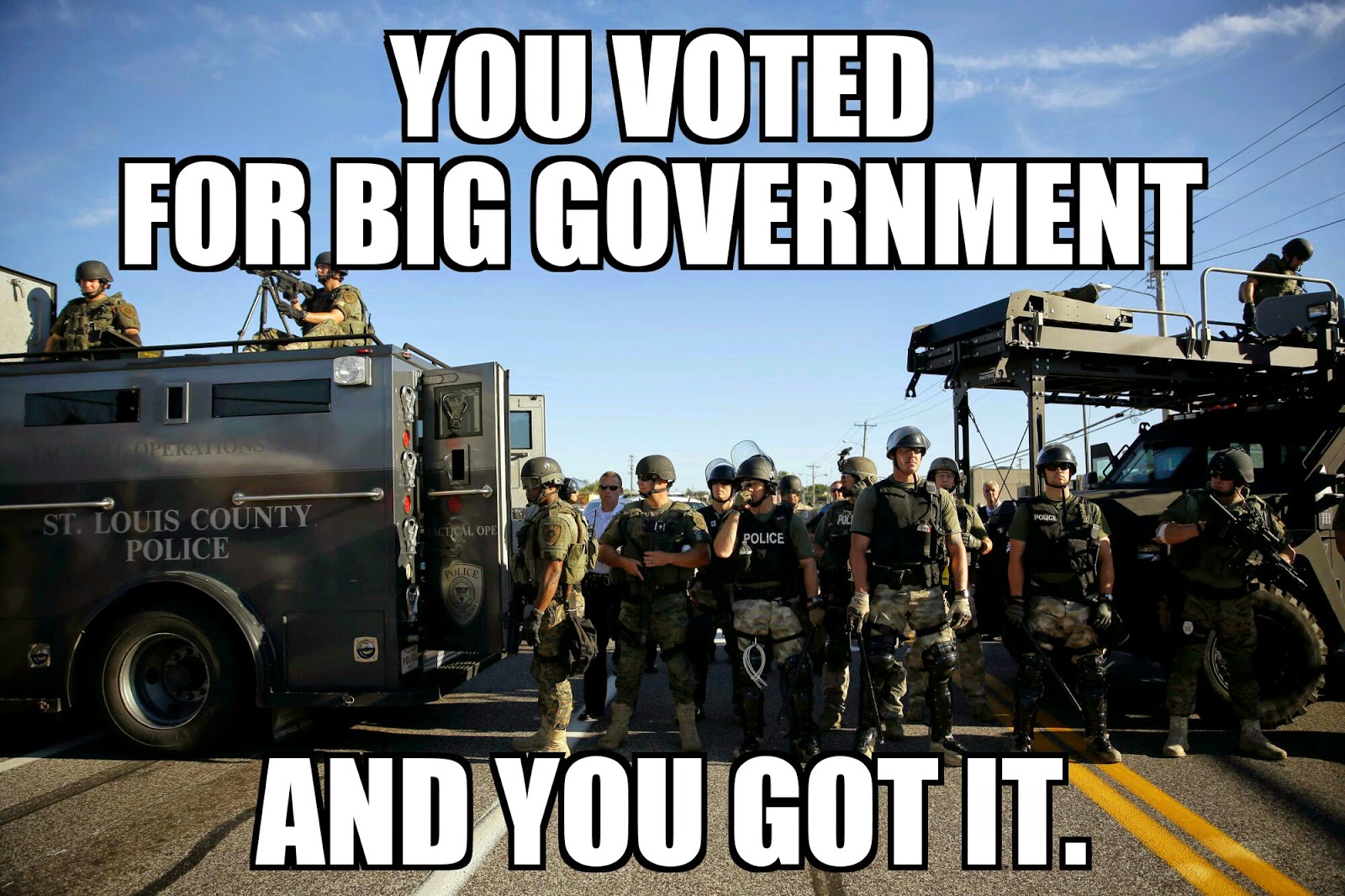 But it's also true that that big dog is an indiscriminate biter, and will eventually get around to sinking its teeth into you, too, Suburbia. "The bureaucracy is expanding to meet the needs of the expanding bureaucracy."

This isn't law and order. This is just force masquerading as law.

3. I hate narratives. A 6'4", 292 pound 18 year old is a man. He can serve in the military, bind himself under a contract, vote, get married, drive a commercial vehicle--everything but grab a beer (which makes the current drinking age a bit stupid on that account). With those measurements, he'd be a prime candidate for a college offensive line. He is not a "teenager."

4. Fellow ofays, we do need something of a reality check--perfectly law-abiding black men take shit that no comparable honky would experience [read the whole article: McWhorter spares no one.] Related: police/minority community interactions are extremely complicated, even when there's no ill will. Note the author of that last piece, but turn off your irony meter first.

5. Speaking of narratives: it would be nice if people gave a shit about someone dying without first checking the color of the perpetrator and the victim to see if it serves some news agenda.

Yes, I know--while I'm dreaming, ask for a new car.

Email ThisBlogThis!Share to TwitterShare to FacebookShare to Pinterest
Labels: Bureaucracies and Other Manifestations of Hell, In The News, Inchoate Cloud of Quasi-Thought, That's right--Racism's still around, There's No Substitute for an Honest Free Press

"Let yesterday burn and throw it in a fire."

Email ThisBlogThis!Share to TwitterShare to FacebookShare to Pinterest
Labels: Made of Awesome

Raymond Ibrahim recalls the anniversary of the beginning of the 717-18 Siege of Constantinople, the second such Arab effort to break Christendom's bulwark. The focus on the Coptic deserters from the Muslim army is especially helpful.

Here's an earlier post of mine on the first siege, with invaluable insights from Ostrogorsky.

A couple of thoughts:

1. Take the claimed numbers with a grain of salt. Medieval chroniclers, regardless of religion, tended to exaggerate in that department. Not as bad as their classical forebears, but still.

2. Ibrahim is dead on when he says it deserves more press than Tours. Tours was important, but I'd argue that it wasn't the most important battle Martel fought against the Caliphate: his later southern campaign which led to the uprooting of Muslim France was more important.

But it's actually happening.

Say what you will about Chris Ferrara...

...the man has a way with words: "neo-Modernist rebound infection."

He has as much chance of "stopping the Synod" as I do of starring in a romantic comedy, but dream big, I guess.

Email ThisBlogThis!Share to TwitterShare to FacebookShare to Pinterest
Labels: Inside Blogball

...pick someone with at least a modicum of executive experience.

Meanwhile, the world is starting to burn and apparently vacations cannot be interrupted.

Oh, and Agence France-Presse offered this cheery tweet, too.

"MSF" is Doctors Without Borders.

Email ThisBlogThis!Share to TwitterShare to FacebookShare to Pinterest
Labels: In The News, Signs of the Times

There are certain advantages... 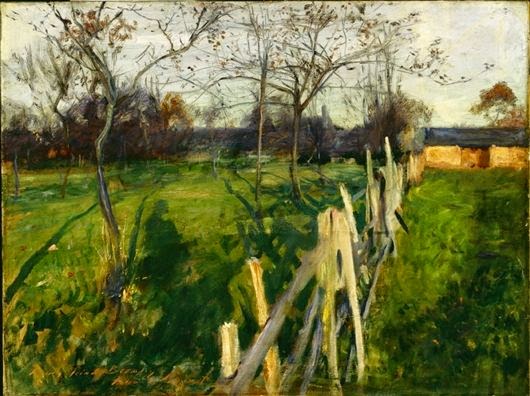 I think I need a hobby, and I'm leaning towards woodworking, with an eye to eventually making furniture. Seriously. The last is a long term goal, but I'm interested in just the rudiments of working with, say, oak or maple.

Anybody have suggestions/tips for starting up?
at August 14, 2014 12 comments:

Email ThisBlogThis!Share to TwitterShare to FacebookShare to Pinterest
Labels: It's The Arts

Essential, if one reads the internet. 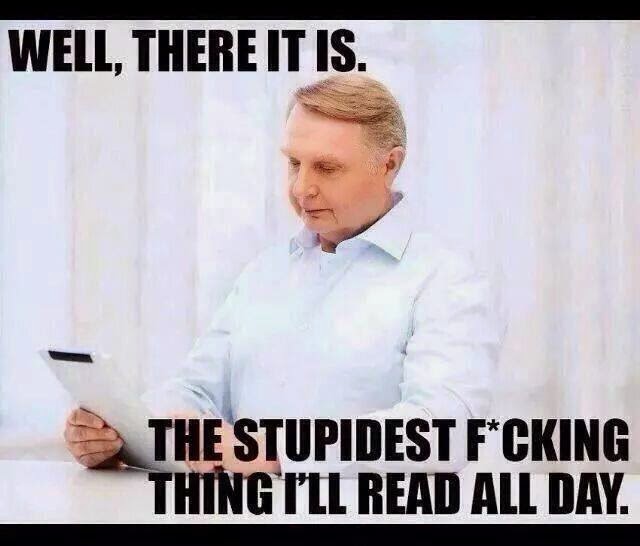 I had occasion to use it recently, as two lefties argued--with straight faces--that ISIS and the Tea Party were morally equivalent.

A growing number of people seem to have lost the needles for their moral compasses.

Which reminds me: I need to buy more ammunition.

Email ThisBlogThis!Share to TwitterShare to FacebookShare to Pinterest
Labels: In The News, Memes, Signs of the Times, Stuck on Insane

One cheer for adversity.

It shows you who your friends are, which is invaluable. And humbling.

This kind of self-sacrifice is boggling and humbling.

The leaders of the expedition were reluctant to call their commanding officer to seek permission to change the day's training plan, so they decided to have Harris and Reyher use scuba gear and estimated that a single canister of air would be enough for the two to complete the task.
The investigation, which called the leaders' actions 'multiple points of failure and decision making' found that the limited air did not allow for the divers to deal with any unforeseen difficulties.
Harris and Reher were among their unit's most experienced divers, but the men faced a series of difficulties with their equipment, communication with the surface was patchy and finally, Debris beneath the murky water trapped Reyher 150 feet underwater.
Harris and Reyher were connected to each other and the boat. Harris could have cut the cord connecting him to Reyher and swim free, but he didn't.

'Harris exhausted himself in an attempt to save Reyher,' the investigator concluded.
'Both divers resisted the natural instincts of self-preservation, in order to expel his last breaths in an effort to save each other.'
Harris will posthumously receive the Navy and Marine Corps Medal for his actions.
The award is typically given to members of the Navy and Marine Corps who demonstate heroism during non-combat situations.
Harris was married to his high school sweetheart, Deanna Favoroso Harris, and the pair had two young daughters.

Reyher was also married, to Diana Kafury Reyher, whom he 'loved to spoil and aggravate,' according to his obituary.

Email ThisBlogThis!Share to TwitterShare to FacebookShare to Pinterest
Labels: Bureaucracies and Other Manifestations of Hell, Heroes

All you need to know about Hamas...

...is found in this video where one of its spokesbeings refuses to distance himself from the blood libel (the hellish medieval fraud that said Jews slaughtered Christian children for Passover matzos).

"I have Jewish friends"--ah, yes. Where have I heard that before?

When Hamas is destroyed, I'll advocate for the Gazans. But not a minute before.


While it is true that Hamas is expert at getting innocent Palestinians killed, it has made it very plain, in word and deed, that it would rather kill Jews. The following blood-freezing statement is from the group's charter: “The Islamic Resistance Movement aspires to the realization of Allah’s promise, no matter how long that should take. The Prophet, Allah bless him and grant him salvation, has said: ‘The day of judgment will not come until Muslims fight the Jews (killing the Jews), when the Jews will hide behind stones and trees. The stones and trees will say ‘O Muslims, O Abdulla, there is a Jew behind me, come and kill him.”

This is a frank and open call for genocide, embedded in one of the most thoroughly anti-Semitic documents you'll read this side of the Protocols of the Elders of Zion. Not many people seem to know that Hamas’s founding document is genocidal. Sometimes, the reasons for this lack of knowledge are benign; other times, as the New Yorker’s Philip Gourevitch argues in his recent dismantling of Rashid Khalidi’s apologia for Hamas, this ignorance is a direct byproduct of a decision to mask evidence of Hamas’s innate theocratic fascism.
at August 05, 2014 No comments:

Email ThisBlogThis!Share to TwitterShare to FacebookShare to Pinterest
Labels: In The News, Islam, Judaism, Tyrants

Greater love hath no man than this...

Ebola-stricken doctor insists that infected colleague get only dose of experimental serum.