Eric Pavlat has the details.

Very, very different. Some say sacrilegious, but I don't see it that way.

Email ThisBlogThis!Share to TwitterShare to FacebookShare to Pinterest
Labels: Catholica, My Meds Are Just Fine Thanks, Religion, Sci-Fi

About that Chinese economic miracle...

...sure is building a lot of empty places. As in entire cities where no one lives.

Email ThisBlogThis!Share to TwitterShare to FacebookShare to Pinterest
Labels: In The News, The Stupid Economy

While the existence of a 1914 Christmas Truce during the First World War is confirmed, evidence of later Truces has been sketchy to nonexistent. Until now.

From a letter written by a Canadian soldier, recently found by an historian.


Here we are again as the song says. I had quite a good Xmas considering I was in the front line. Xmas eve was pretty stiff, sentry-go up to the hips in mud of course. I had long rubber boots or waders. We had a truce on Xmas Day and our German friends were quite friendly. They came over to see us and we traded bully beef for cigars. Xmas was "tray bon" which means very good.
at December 17, 2010 No comments:

Email ThisBlogThis!Share to TwitterShare to FacebookShare to Pinterest
Labels: History

If you want a vision of sharia...

Email ThisBlogThis!Share to TwitterShare to FacebookShare to Pinterest
Labels: In The News, Islam 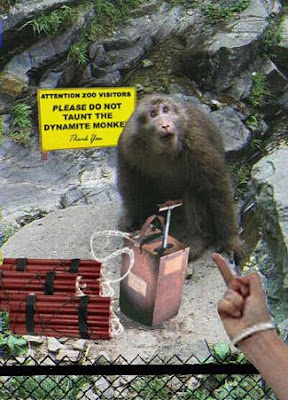 It's funny because it's true.

And this part depicts my gift-wrapping method with camcorder accuracy:

Men do not like to wrap gifts. I think it was Dave Barry that said the first gifts given were the gifts to Baby Jesus. "Hence the term "wise men". Men don't understand the point in putting carefully coordinated paper with oodles of expensive ribbon on a package just to rip it off. (lingerie though is a whole 'nother idea).

Give a women a 15 inch scrap of decorative paper and she giftwrap a Sikorsky in less than 10 minutes. A man will carefully lay out the present, cut a swath of paper the size of Nebraska, and when he's done, there will be a gap in the back where you can see what the gift is. I realized in my anthropology courses that the Pharoahs had to be wrapped after death by women, otherwise the back of the mummy would be held together by a big piece of Scotch Tape.
at December 15, 2010 4 comments:

It's still a wonderful life.

But Sean Dailey points out in a fine piece that it's not as simple as it appears:

Such an analysis may strike fans of the movie as a bit off, given that, on a certain level, it is a cornball movie. It’s a Wonderful Life has corny dialogue, corny humor, slapstick, hijinks and low-jinks. But beneath all that, it also is a very dark film. Opening with George’s friends praying that he can be found before he does the unthinkable, death hangs over it, and each death, even the deaths George prevents, sends him in directions he does not want to go, pulling him further and further from his dreams and ambitions, turning him into every bit the “warped, frustrated young man” that Mr. Potter says he is.

Email ThisBlogThis!Share to TwitterShare to FacebookShare to Pinterest
Labels: It's The Arts, Talkies

The Shrinking of Detroit.

Here is Detroit's problem, in a nutshell:

There simply aren't the people in what was once one of the country's greatest cities.

Did you know that Detroit came within an ace of getting the 1964 and 1968 Olympic Summer Games?

The mayoral administration has recognized the obvious, and is looking to reconcentrate the population in the viable areas (i.e., closer to Downtown or the viable neighborhoods along the borders with the suburbs).

More than 20% of Detroit's 139 square miles could go without key municipal services under a new plan being developed for the city, with as few as seven neighborhoods seen as meriting the city's full resources.

Those details, outlined by Detroit planning officials this week, offer the clearest picture yet of how Mayor Dave Bing intends to execute what has become his signature program: reconfiguring Detroit to reflect its declining population and fiscal health. Yet the blueprint still leaves large legal and financial questions unresolved.

Until now, the mayor and his staff have spoken mostly in generalities about the problem, stressing the need for community input and pledging to a skeptical public that no resident would be forced to move.

But the approach discussed by city officials could have that effect. Mr. Bing's staff wants to concentrate Detroit's remaining population—expected to be less than 900,000 after this year's Census count—and limited local, state and federal dollars in the most viable swaths of the city, while other sectors could go without such services as garbage pickup, police patrols, road repair and street lights.

I imagine there would have to be the occasional show of police force within the abandoned zones, though--otherwise, Very Bad Things are certain to be cooked up there.

Jeff Culbreath asked me on Facebook what could be done to reverse the situation, and suggested homesteading--focusing on bands of enterprising Catholics reclaiming (and sustaining) neighborhoods. I didn't answer because I wasn't sure how to respond.

Certainly the only thing that will save the City are more people--lots more people. But the only way you will get homesteaders in is if there is some level of independence afforded to the would-be settlers. By that I mean some liberty from the dead hand of bureaucracy which has helped to create this unprecedented American nightmare in the first place. Imagine trying to homestead in Permit Purgatory, red tape bidding fair to strangle the effort in its cradle. You'd have to pass something like the old Homestead Acts to carve through the inevitable problems.

But at this desperate hour, out of the box solutions are the ones that need to be tried.
at December 13, 2010 12 comments:

Email ThisBlogThis!Share to TwitterShare to FacebookShare to Pinterest
Labels: Motown, Signs of the Times 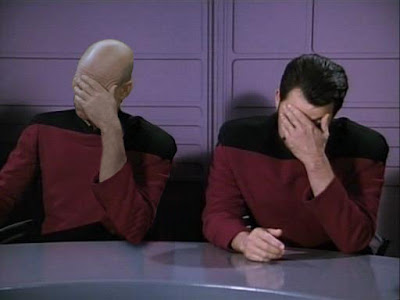 Dear Lord. That pretentious bongload of self-regard is the best you can do?

Right in the wheelwell.

A couple of months ago, you may recall this bit of eco-proselytizing involving exploding children. Even the writer for the above environmentalist website acknowledged the obvious hateful implications.

Charming--and the scoundrel's "just a joke" defense was happily ineffective.

But some Greens seem enamored with the "whack 'em!" solution.

Chris Johnson found a new approach leading to the same result: using a Mayan goddess as a mascot for a U.N. climate change convention.

Great idea: nothing says "reason and creativity" quite like a goddess worshipped by a culture which was big on human sacrifice. Including children.

Not so by the way, Hernan Cortes died 463 years ago yesterday. As Ms. Figueres' mascot diety makes clear, Cortes deserves to be regarded as a great, if largely unwitting, humanitarian.
at December 03, 2010 1 comment:

Email ThisBlogThis!Share to TwitterShare to FacebookShare to Pinterest
Labels: Bureaucracies and Other Manifestations of Hell, High Noon, History, Moonbattery, Powers and Principalities, The MultiCult 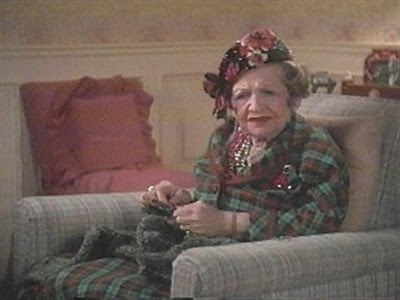 "You know what's always bothered me about the Christmas story, Clark: Why so many Jews?"
at December 03, 2010 No comments:

I just find this hilarious. 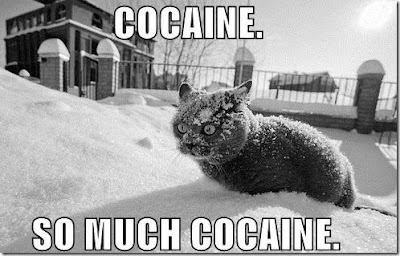 Your mileage will vary, but I'm a cat person, so my internet Achilles heel is LOLcats.
at December 03, 2010 No comments: