Indiana: The Worst Place Ever?

It is if you listen to Apple CEO and billionaire, Tim Cook (scroll down).

Enacting a state-law religious freedom restoration act makes it a veritable hotbed of discrimination and such. According to him of the ironclad principles.

However, if you have an ounce of intellectual integrity, you'd ignore Tim Cook, given that he just opened the world's largest Apple store in the United Arab Emirates last month.

That would be the same United Arab Emirates where you can be put on trial for "gay handshakes" and other through-the-looking-glass views of human rights.

So, think of that when pondering Cook's admonition that "opposing discrimination takes courage." When dollars are on the line, his courage is placed into some kind of medically-induced coma. Well, OK, to be fair--Apple also expanded into Saudi Arabia this year, too, so... 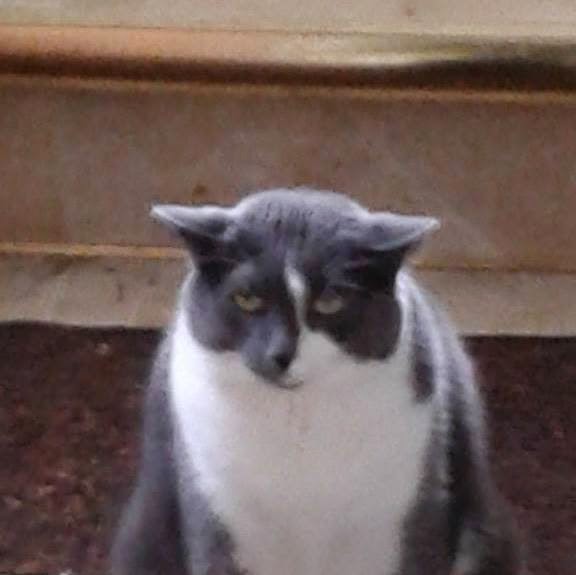 Oh, and speaking of corporate posturing--Angie's List, too, is just so concerned about Indiana these days, alleging that it has to pass on the expansion of its headquarters in Hate Central.

Or is there just the outside chance it's trying to posture for good publicity in the wake of major credibility problems posed by a lawsuit filed three weeks ago in Pennsylvania and the likelihood that public funding would not be approved? You decide!

Filed March 11 in U.S. District Court in Philadelphia, the lawsuit alleges that Angie's, an online consumer review service, manipulates company ratings that are sold to its subscribers as impartial user reviews. It does so, the lawsuit claims, by giving paid advertisers preferential treatment, such as boosting their visibility on the site and suppressing negative reviews.

"Angie's List does not help members find the 'best' service provider, but rather the one who paid the most money to Angie's List," the complaint says. "This certainly is not 'always placing the interests of the consumer first,' " as the company says in its public filings.

Debra DeCourcy, an Angie's spokeswoman, said it is company policy not to comment on pending litigation. The company's lawyers have not yet filed a response in court.

The lawsuit was brought by Pennsylvania resident Janell Moore, an Angie's member since 2012, according to court documents. Moore says she relied on Angie's reviews in 2014 to hire a remodeling contractor who didn't finish the work and refused to refund her $4,000.

According to the lawsuit, when she tried to file a negative review, she learned from an Angie's employee that other subscribers had given the contractor bad reviews as well — only they didn't show up on the site. The suit claims that's because Angie's suppresses bad reviews of paid advertisers by hiding them or not counting them toward the companies' A-F rating.

Advertising has become a substantial source of revenue for the company, dwarfing that of subscriptions, according to its annual reports. The company made $241.9 million from service providers in 2014 vs. $73.1 million from members.

The lawsuit comes at a critical juncture for Angie's, as it seeks $18.5 million in taxpayer assistance to expand its headquarters on the Near Eastside. City-County Council members in both parties have expressed support for the project, while acknowledging that many of their constituents remain deeply skeptical of giving the company public assistance.

The timing of the attack of alleged integrity is...intriguing.

What do Byzantium and the wine glass in your cupboard have in common?

Thanks to a recent archaeological discovery, soon you just might be able to drink the Byzantine Empire's favorite vintage, the "Wine of the Negev."

For the first time, grape seeds from the Byzantine era have been found. These grapes were used to produce “the Wine of the Negev” — one of the finest and most renowned wines in the whole of the Byzantine Empire. The charred seeds, over 1,500 years-old, were found at the Halutza excavation site in the Negev during a joint dig by the University of Haifa and the Israel Antiquities Authority. “The vines growing in the Negev today are European varieties, whereas the Negev vine was lost to the world. Our next job is to recreate the ancient wine, and perhaps in that way we will be able to reproduce its taste and understand what made the Negev wine so fine,” said Prof. Guy Bar-Oz of the University of Haifa, director of the excavation.

The archeologists know of “the Wine of the Negev” or “Gaza Wine” — named for the port it was sent from to all corners of the empire — from historical sources from the Byzantine period. This wine was considered to be of very high quality and was very expensive, but unfortunately, it did not survive to our day, so we do not know what it was that made it so fine. In earlier excavations in the Negev, archeologists found the terraces where the vines were cultivated, the wineries where wine was produced, and the jugs in which the wine was stored and exported, but the grape seeds themselves were not found.

Email ThisBlogThis!Share to TwitterShare to FacebookShare to Pinterest
Labels: Byzantium, In The News, Wine Women and Song

And now that I've gotten that bit of surly out of my system...

A couple of book recommendations for Lent.

1. The first is a bit pricey, but well worth it: The Anglican Breviary. 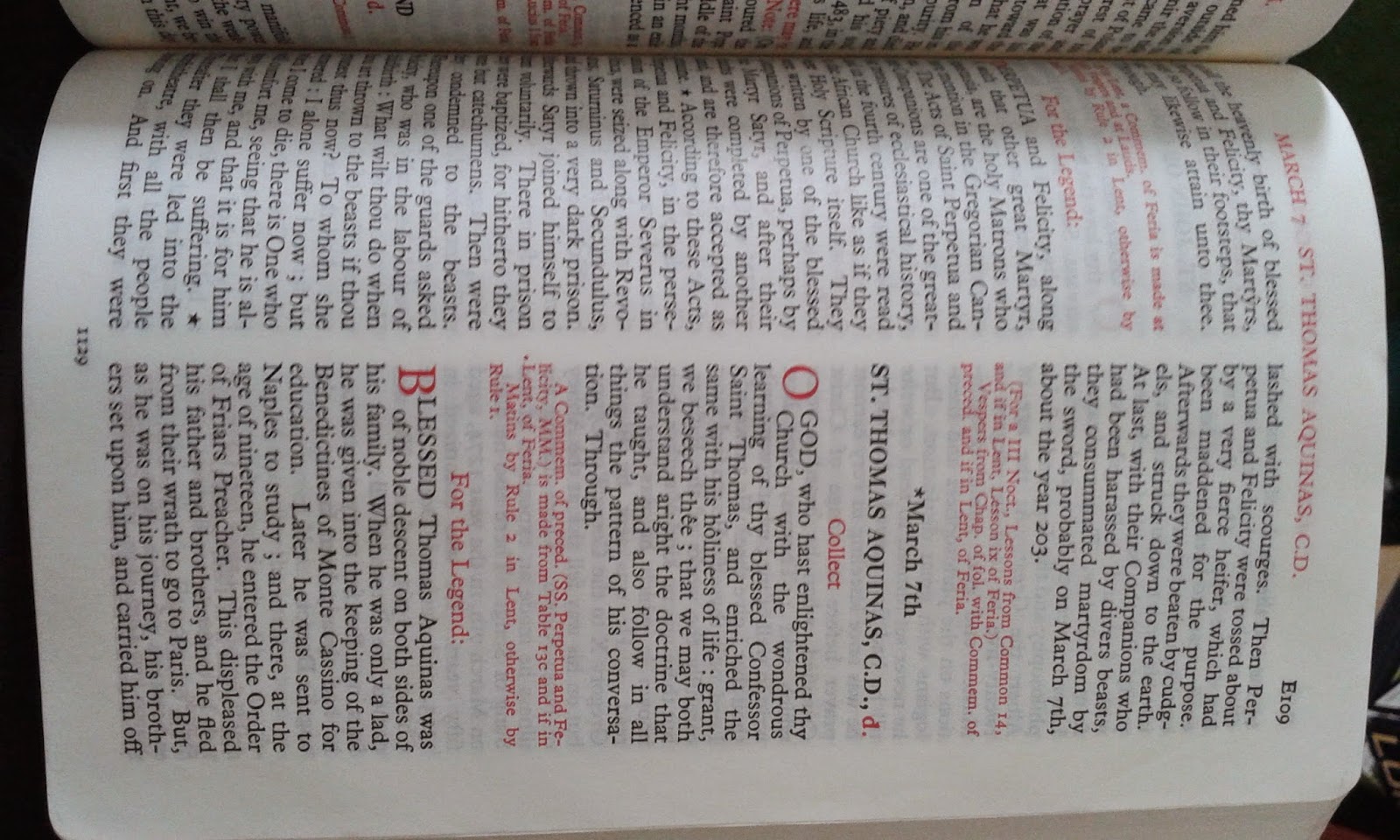 Not sure why it's loading sideways, but--Blogger is free.

TAB is a reprint of an Anglican ultra-High Church endeavor in the 1950s--the translation of the Latin Catholic Breviary into English. And does it ever succeed.

Using the King James Version for the scriptural content, it is a straightforward translation of the pre-VatII Breviary, and it is glorious. For those familiar with the post-VatII Liturgy of the Hours, the older Breviary is a step up in the intensity level, with a diligent user going through the entire Psalter in one week instead of four. But, if you're like me and find the Psalms indispensible to your prayer life, this is not a problem. Yes, some high-Church Anglicanism gets into the mix as optional memorials (e.g., Charles I of England on January 30), but since I've always had more than a bit of sympathy for Anglo-Catholicism in general and poor Charles in particular, that's not much of a problem for me. Mileage varies, admittedly.

Nevertheless, every feast and observance under the old Calendar through the mid-1950s is in there, and it is glorious.

2. Treasure and Tradition: The Ultimate Guide to the Latin Mass.

Another great find, but considerably less expensive, T&T delivers on its title. It truly is the finest introduction to the Extraordinary Form out there. Offered by Saint Augustine Academy Press, this attractively-hardbound book offers 114 glossy pages explaining everything about the Mass, including a word for word translation (helpful for your beginning Latin students), explanation of vestments and the old calendar cycle--the works. It's remarkable how much is packed into those pages, and with high production values to boot.

My one quibble is minor: 1. I have the first printing, which had two minor errors. While the errata sheet was welcome, it would have been nicer to have it as a cardstock or at least a glossy paper comparable to the printed text, instead of the photocopied sheet of paper. As I said, though--that's minor, and won't affect those buying now. Go and get it.
at March 04, 2015 No comments:

Seamless Garment Catholicism and the GOP--brothers from another mother?

Donald McClarey is (rightly) dispirited by the latest Back-to-the-Future Bernardin sent to water down the American episcopal bench. I believe it was the esteemed John Allen who said that the Pope was simply trying to bring "balance" to the world of Catholic bishops. Which, admittedly, would be a compelling argument if, say, there were any conservative appointments to the progressive episcopates in Belgium, Holland or Hunland. Don't hold your breath waiting for that, though.

However, that's not my main point.

My main point is to note the remarkable similarity between the mindset--and, yes, even language--between the GOP leadership and seamless garment Catholics.

Namely, that both are willing to give you fine-sounding words on life issues even as they ensure that no concrete action will ever be taken to change the legal landscape.

Hearts and minds have to change, you guys! Lather, rinse, repeat.

As I said in Don's thread:

Oh, come on now, Don–the Pope says plenty of fine sounding words on life. It’s just that when the rubber hits the road, he tosses you a bunch of Bernardins who undercut your efforts. In other words, if you want lip service, he’ll give it to you. But if you want action…well, that would send the wrong message to the wider world. Have to meet people where they are, and all that. In fact, he’s a lot like the GOP in that respect.

Harsh? Probably. But in all honesty, what's the difference? If you can support post-birth abortion and still receive the body and blood of Christ with the full approval of your local shepherd on Sunday, then the GOP's hypocrisy on the issue, while sick-making, is placed in a little context.

Of course, that sends a huge signal that Catholic social teaching is equally disposable, but apparently, that's OK too.

RAD arises from a failure to form normal attachments to primary caregivers in early childhood. Such a failure could result from severe early experiences of neglect, abuse, abrupt separation from caregivers between the ages of six months and three years, frequent change of caregivers, or a lack of caregiver responsiveness to a child's communicative efforts.


It afflicts a couple families we know who have adopted children--including this one.

We know them quite well--Mom and Dad are Tommy's godparents.

If you can help in any way, it would be greatly appreciated.

Thanks to Mark for spotlighting this.

I look forward to making some kind of effigy of 2022 and setting it on fire on December 31.  Things have steadified, to coin a term. My so...