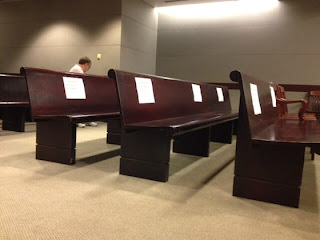 There is no area of American politics in which the press is more activist or biased or unethical than social issues, the so-called culture wars. And the culture of permissive abortion they favor has consequences, which they would rather not look squarely at, thank you very much.

[Quote from here.]
Here's some unsolicited advice for social conservatives: never, ever speak to large-circulation newspapers or television networks.

Why not? Because they our enemy, that's why. They have concocted a narrative of breath-taking mendacity regarding us: we're authoritarian haters, patriarchal tyrants straight from the pages of The Handmaid's Tale, and/or killers of "providers of women's health services." Period. Stock villains, to be quoted briefly, if at all, and subject to well-poisoning adjectives like "strident," or "militant," or "inflexible." And if there is a story that indicates social conservative arguments have merit, or threatens to move the ball in that direction--it gets downplayed or embargoed.

This will never end--they will never quit doing this--until the entire edifice of fraud goes bankrupt.

Exhibit A: the news embargo on the hellish millionaire abortionist Kermit Gosnell, alleged murderer of a 41 year old Asian immigrant, Karnamaya Mongar, and seven infants. One of the local reporters, someone who takes his profession seriously, says simply:


Sat through a full day of testimony at the Kermitt Gosnell trial today. It is beyond the most morbid Hollywood horror. It will change you.

The usually-wobbly Conor Friedersdorf nails it:

Inducing live births and subsequently severing the heads of the babies is indeed a horrific story that merits significant attention. Strange as it seems to say it, however, that understates the case.


For this isn't solely a story about babies having their heads severed, though it is that. It is also a story about a place where, according to the grand jury, women were sent to give birth into toilets; where a doctor casually spread gonorrhea and chlamydiae to unsuspecting women through the reuse of cheap, disposable instruments; an office where a 15-year-old administered anesthesia; an office where former workers admit to playing games when giving patients powerful narcotics; an office where white women were attended to by a doctor and black women were pawned off on clueless untrained staffers. Any single one of those things would itself make for a blockbuster news story. Is it even conceivable that an optometrist who attended to his white patients in a clean office while an intern took care of the black patients in a filthy room wouldn't make national headlines?

But it isn't even solely a story of a rogue clinic that's awful in all sorts of sensational ways either. Multiple local and state agencies are implicated in an oversight failure that is epic in proportions! If I were a city editor for any Philadelphia newspaper the grand jury report would suggest a dozen major investigative projects I could undertake if I had the staff to support them. And I probably wouldn't have the staff. But there is so much fodder for additional reporting.

There is, finally, the fact that abortion, one of the most hotly contested, polarizing debates in the country, is at the center of this case. It arguably informs the abortion debate in any number of ways, and has numerous plausible implications for abortion policy, including the oversight and regulation of clinics, the appropriateness of late-term abortions, the penalties for failing to report abuses, the statute of limitations for killings like those with which Gosnell is charged, whether staff should be legally culpable for the bad behavior of doctors under whom they work...

There's even a Nuremburg Defense angle that would lead to discussion, too. Instead, crickets. And they aren't even trying too hard to excuse their decision to embargo the story: that's a Philly crime story, says WaPo reporter Sarah Kliff, and we don't do non-DC local crime stories. Local editor and polemicist Brian Dickerson of the Detroit Free Press sneers similarly.

Which sounds reasonable--except for the part where it's total bullshit. Trayvon Martin, Casey Anthony--and in Dickerson's case, the Kansas murder of abortionist George Tiller--all got plenty of column inches, despite not exactly being in the geographic wheel well of either paper. Here, squat.

Basically, what Dickerson and Kliff are doing is making sure horrifying facts about beliefs they hold dear--e.g., the necessity of permissive abortion laws--do not become widely known. Because if the facts did become well-known, people might start drawing the wrong conclusions, and start asking questions about those deeply-held beliefs. And maybe even asking for changes and restrictions.

And they can't have that.

Forgive the vagueness and ambiguity, but I am going through a tough patch at the moment. July was full-stop awful, and August, while bette... 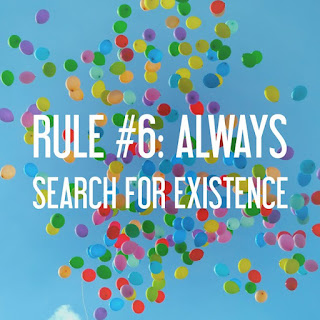