It appears that Pope Benedict XVI did not care at all for Cardinal Kasper's attempt to press-gang him into supporting the latter's assault on indissolubility.

How do we know that? According to the largest newspaper in his homeland, the Pope Emeritus has removed his previous (1972) support for giving communion to civilly-remarried divorcees from the official collection of his theological works. Instead, he now favors a revised annulment process. The editorial framing notes this development with disapproval, calling it "political."

For those who have made politics a substitute religion, I imagine it is.

For those who care about the Catholic teaching on marriage, this is big news. And a most welcome note of support.

[Update, 11/19/2014: Father Zuhlsdorf has more detail about the story, including the fact Pope Benedict addresses his change of mind in the introduction.]

Email ThisBlogThis!Share to TwitterShare to FacebookShare to Pinterest
Labels: B16, Huzzahs

The problem with letting a smile be your umbrella? 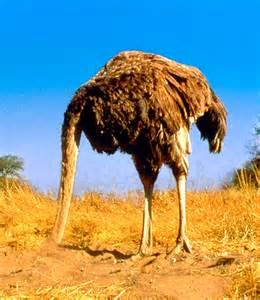 
Yes, Burke was purged. The happy-clappy interpretations are...less than, he says as gently as possible.

Two critical facts missed in all of the "hey, it was term limits!" arguments:

First, this is the second kick from the Pope this year, with the first being from the Congregation of Bishops. After which, we got Cupich in Chicago, for starters. Anybody else gotten a double removal like Burke? Nope.

Second, Burke being shuffled to a sinecure means he won't be able to participate in the 2015 version of the Synod. Just when his voice will be needed most, after a year of Cupich-y or Leow-ish appointments to the episcopate, he'll be on the outside looking in.

But, you reply, what about Muller and Pell?

It is true that Muller has been a godsend on marriage, but he's also a fan of liberation theology. I don't know how that squares with any sensible definition of "conservative," and his stance on liberation is no doubt a big plus in the pontiff's book.

Pell is the best argument to the contrary, I grant. But it would be hard for the pope to boot Pell from the inner circle after inviting him there in the first place. It would reflect on his executive judgment, in much the same way a President will stick with one of his cabinet appointees, come hell or high water. Still, I think it would be worth watching to see if the Australian cardinal is gradually frozen out as the 2015 synod session approaches. And, yes, while it is nice that Melbourne got a good appointee, it's worth noting that Australia's Catholic population tops off at 5.6 million, whereas there are 2.3 million in the Archdiocese of Chicago alone. Put differently, Pell won't have any say in selecting bishops for my neck of the woods.

Still, why should you care?

Number 1, "Vatican politics" gives you your bishop. Cupich, remember. In other words, "Personnel is policy." If it's "clericalism" to worry about who your shepherd is going to be, then we should all be clericalists.

Second, there's a trend here, and it's pretty much all bad:

Pope Francis has made statements against the two tendencies of progressivism and traditionalism, without however clarifying what these two labels encompassed. Yet, if by words he distances himself from the two poles which confront each other in the Church today, by facts all tolerance is reserved for “progressivism”, while the axe falls upon what he defines as “traditionalism”.

Precisely. If you're a solid progressive, you get high-profile invites to significant Church events even if you're a coddler of abusive priests. [Read more about the dreadful Danneels in the reliably rad-trad Tablet.] Sadly, it appears that mercy is only for those of confirmed progressive bona fides. Whereas demotions, removals and defenestrations of entire orders are reserved only for those with the odor of Tradition.

But I'm sure none of that would ever percolate down to the local level, right? 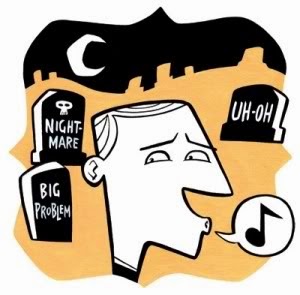 Of head pats and postings.

From time to time, you'll hear of some really tradition-heavy or hermeneutic-of-continuity-ey (spelling deliberate) statement from the Pontiff.

Last year saw two, both of which I thought were heartening and are helpfully collected here.

The first is a big salute to the Council of Trent--and in Latin, no less!

The second is to an Italian cleric and historian of the 21st ecumenical council, Archbishop Agostino Marchetto.

Now, from what I've been told, the Archbishop's book is not so much a narrative history as a historiographical answer to the so-called "Bologna School," which interprets the most recent ecumenical council as a novus ordo seculorum, most definitely from a "hermeneutic of rupture." Still, Archbishop Marchetto's work is reputedly a solid, if not comprehensive, response to his Italian confreres.

[If you're looking for a fuller critical narrative of conciliar doings, here is a good place to start. Warning: de Mattei is one of those promethian neopelagian bats, so watch out for the cooties.]

Be that as it may, veteran Italian church correspondent Sandro Magister reported then that the Pope had fulsome praise for Archbishop Marchetto:

I once told you, dear Archbishop Marchetto, and today I wish to repeat it, that I consider you to be the best interpreter of the Second Vatican Council. I know that this is a gift from God, but I also know that you made it bear fruit. I am grateful to you for all the good that you do for us with your witness of love for the Church and I ask the Lord that he reward it abundantly.

Alas, earlier this week, Magister reported that the Pope has appointed the current dean of the Bolognae (Editor: roll with it), Friar Enzo Bianchi, as an adviser to the Pontifical Council for Promoting Christian Unity.

The Bolognae can be remarkably open-minded in their ecumenism, going to so far as to state that no councils after Nicaea II can be considered truly ecumenical:

For the “Bolognese” as well, in fact, only the councils that preceded the schism between West and East are fully ecumenical, as can be seen in their multi-volume edition of the “Conciliorum oecumenicorum generaliumque decreta,” criticized precisely for this reason by “L’Osservatore Romano” of June 3, 2007 with an unsigned official note attributed to Walter Brandmüller, today a cardinal.

And Friar Bianchi hit the ground running after his appointment:

Immediately after the appointment, in an interview, Bianchi revealed his expectations in the matter of ecumenism:

“I believe that Pope Francis wants to reach the unity of Christians in part by reforming the papacy. A papacy that is no longer feared, in the words of ecumenical patriarch Bartholomew, with whom the pope shares a bond of friendship. The reform of the papacy means a new balance between synodality and primacy. This would help to create a new style of papal primacy and of the governance of the bishops.”

Well, now, what's the problem? Didn't Pope St. JPII say something similar? No, not really. Ut Unum Sint invited other Christians to discuss how the primacy might be exercised in an ecumenical context (see paragraph 96). But the Pope was careful to preface that invitation by noting the authority of the papal office two paragraphs earlier:

With the power and the authority without which such an office would be illusory, the Bishop of Rome must ensure the communion of all the Churches. For this reason, he is the first servant of unity. This primacy is exercised on various levels, including vigilance over the handing down of the Word, the celebration of the Liturgy and the Sacraments, the Church's mission, discipline and the Christian life.

It is the responsibility of the Successor of Peter to recall the requirements of the common good of the Church, should anyone be tempted to overlook it in the pursuit of personal interests. He has the duty to admonish, to caution and to declare at times that this or that opinion being circulated is irreconcilable with the unity of faith. When circumstances require it, he speaks in the name of all the Pastors in communion with him. He can also—under very specific conditions clearly laid down by the First Vatican Council— declare ex cathedra that a certain doctrine belongs to the deposit of faith. By thus bearing witness to the truth, he serves unity.

So, no, not the same. Not at all. What Fr. Bianchi proposes assumes that "synodality" is the touchstone by which the papacy must reform itself--a finding which fits well with the worldview of the Bologna school first millenium uber alles ecclesiology--if not Catholicism. At least not Catholicism as it was understood all the way back in 2007.

The bottom line? The Pope gave a tradition-minded historian a nice compliment and one of his theological opponents a job. Which, in the long run, is more important? Especially given the Pope's hyper-focus on ecumenism. The PCPCU is going to be very busy.

There is an old bureaucratic proverb which says "personnel is policy," and it applies to ecclesiastical bureaucracies, too. You might not be much interested in church politics, but church politics has a way of percolating down to the pews.

If you're happy with head-pats and sweet nothings, you'll probably get a few. But that's not where the action is.

You'll start noticing eventually. Until then, keep squeezing off rounds at the messengers.

Keeping your bad habits (a/k/a reverting to form) would be a bad idea. 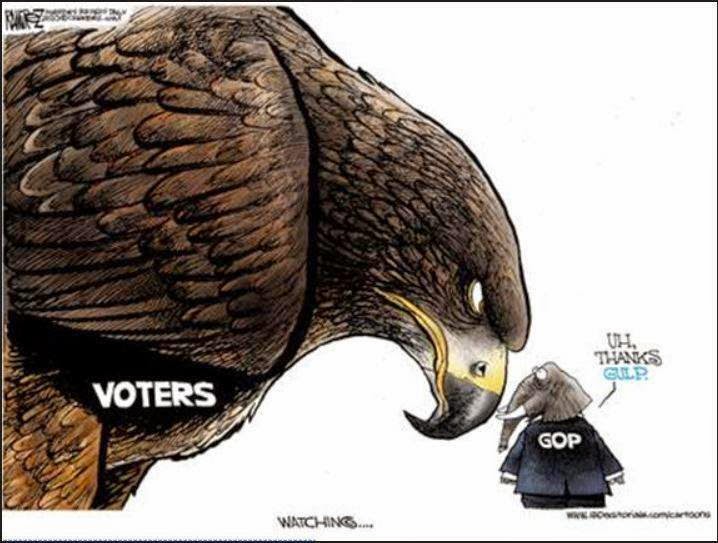 Thoughts on a gray Election Day in Michigan.

I'm voting, but with my eyes wide open. My Congressman will leave office only at the behest of death or retirement, and the opposing party insists on running token opposition, so that part of the ballot remains closed.

The open Senate seat will go to a man who hates me and mine in large measure because the opposing party chose an awful candidate to run against him. So, yay--no voice on the national scale.

At the state level, things are no great prize either. The AG is solid, but I get the distinct impression our Governor, rather like the national movers and shakers in his party, has a strained patience toward the more traditionally-minded. A pro-corporate technocrat...yay.

Would you like another serving of Romney, sir? And if not, could we interest you in our fine selection of Romneys?

Granted, his opponent is an empty suit who couldn't get the endorsement of the state's premier African-American newspaper, but he's a sure defender of the cultural left, so...ack.

I've come to the conclusion that I have a choice between people who hate me and want to stab me in the chest (Democrats) and people who claim to like me but stab me in the back when I become inconvenient (Republicans). Heads I lose, tails I lose more slowly (maybe). Yes, the franchise is important, but more so at the local level. So, I'm off to vote on some ballot initiatives that actually might be of some benefit.