A sense of Providence. 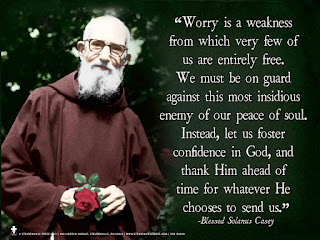 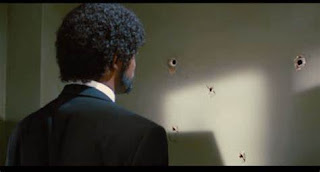 As I have more than occasionally griped in these precincts, the family motor vehicle situation is a source of recurring drama.

The second most recent example was the SUV getting t-boned by a car while in a small town near Michigan's thumb. Everyone's fine, which is the most important part. But the insurance totaled out the vehicle rather than repairing it. Repairs would have cost more than the SUV is worth.

Still driveable, but...yeah. I'm ready for a bit part in a Mad Max reboot/sequel. And in this market, we're going to still be driving it for a while.

The most recent example is related to the second. In the process of trying to get the "Totaled" payment out of the insurer, I had to drive the Impala a bit, roughly 390 miles round trip, for some essential paperwork. The left side of the car was thumping like there was an unbalanced tire or something--not so bad at highway speeds, but obnoxious otherwise. And hey, there were two tornado warnings in the destination county while I was there. One which caused the brief closure of the institution I was visiting as I was there.

The transaction was completed, I made it back, and decided to finally take it into the mechanic.

The left side tie-rod was almost broken. So "almost" that he said "I'm glad you brought it in."

While he was at it, he replaced the right side one and said that the gents who replaced the transmission had not put the cotter pins back in the tie rods--not that that was the problem, but a bit of a problematic oversight. Also, the transmission's whine sounds off to him. Too high pitched.

Argh moments, but nothing compared to the sense of relieved what-if at the timely fixing of the problem.

I have been in a car where a tie-rod gave out--at that point, it ceases to be a vehicle and becomes a primitive surface to surface missile. Blessedly, I was in a parking garage on that occasion, and the 10mph missile glided safely into a parking spot.

And blessedly, on this occasion, it did not give out at all. Because there was no shortage of opportunities for it to have ended horribly. And for that I have to thank God.

Whether or not what we experienced was an according-to-Hoyle miracle is insignificant. What is significant is that I felt the touch of God. God got involved.

My sense of faith is undoubtedly complicated, subjective, ranges all over the emotional map and can be difficult to express. But the sense of God sometimes imposes itself in dramatic fashion. And here He did so again, in the report of a not-quite-broken tie-rod.

In a sky filled to the far horizon with scudding gray clouds, the ragged rays of Providence still shear through.

Email ThisBlogThis!Share to TwitterShare to FacebookShare to Pinterest
Labels: Personal Trivia Readers Have To Force Themselves To Give A Rip About, The Money Pit/Cars