An unwelcome development in eastern Tennessee:

The Confederate battle flag could soon be flying on top of the Greene County courthouse — above a monument to the county’s Union soldiers on the town square — if a new resolution put forth by a county commissioner is passed next week. Monday’s Greene County Commission meeting will kick off with the resolution at 6 p.m., sponsored by Commissioner James “Buddy” Randolph.


I have a huge problem with the iconoclastic frenzy frothing to expunge the Confederate battle flag from every corner of the United States. I think it's repulsively stupid and offensive that The Dukes of Hazzard can't be shown on TV because someone might see the decor on the General Lee and need counseling and/or a cash payout for emotional trauma. 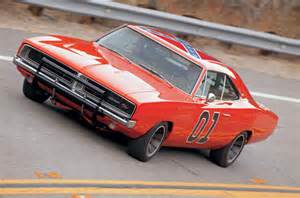 Likewise the banning of the battle flag from Amazon and eBay. It's cheap moral preening and point-scoring that does nothing to help anyone, but gets applause from the practitioners of Approved Thinking and Narratives.

Hey, Amazon--how about paying your employees more and not treating them like crap?

No? Easier to gain applause from your fellow lefties by banning a flag, amirite?
Got it. All that said, the battle flag does not belong flying over a governmental building. Nowhere, nohow. No.

Especially not in eastern Tennessee, a bastion of Unionist sentiment during the Civil War. We do a beyond-poor job of remembering Southern Unionists, and this bit of Orwellian flag-waving buries their memories even deeper. There are better ways to honor the Confederate minority in that part of the country.

I sincerely hope this resolution is rejected. Resoundingly.
Posted by DP at Wednesday, October 14, 2015

Email ThisBlogThis!Share to TwitterShare to FacebookShare to Pinterest
Labels: History, In The News