Waaaay back, during the abortive attempts of the Iranian people to be free of the Revolutionary Guard and the Jew-hating messianic dwarf who fronts for them, I said I was going to post something about one of my favorite cities: Esfahan (Isfahan), Iran.

The traditional capital of the Safavid dynasty, Esfahan is an architectural marvel, as well as a center of Persian culture. Indeed, the city is so justly proud of its heritage that it uses the couplet: "Esfahan, nesfeh jahan!" Esfahan, half the world! The following photos should demonstrate why. 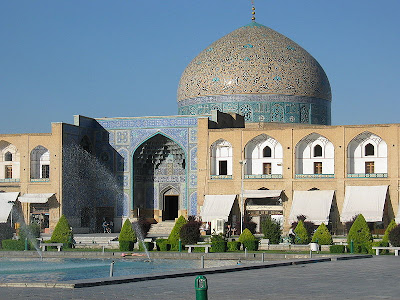 Shah Abbas I was the greatest of the Safavids, the Shia dynasty that ruled Iran and the surrounding areas for over 200 years. A perpetual thorn in the eastern side of the Ottomans, the Safavids made life miserable for the Sultans in Constantinople, committing the powerful Ottomans to a draining second front during the peak of the Turkish empire. Abbas triumphed over the Ottomans, and used his wealth to create architectural masterpieces like the Sheikh Lotfallah Mosque (above). He moved his capital to Esfahan in 1598, and naturally, he had to spiff it up to his demanding specifications. 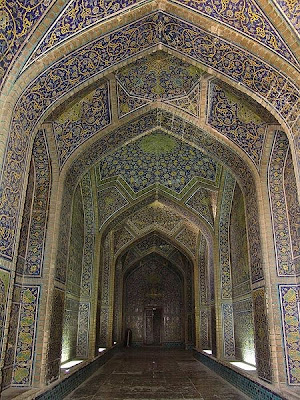 As impressive as it is on the outside, it is the interior of the Lotfallah mosque that truly dazzles. 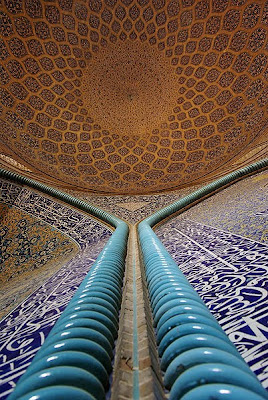 The dome is simply a marvel. 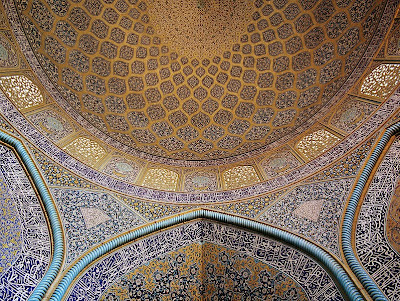 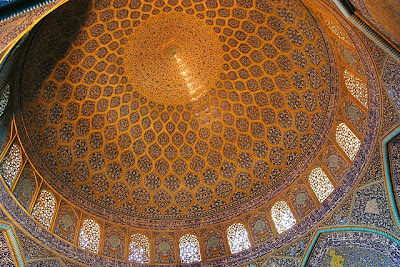 Shah Abbas was known for genuine tolerance of Christians, once saying he'd prefer the dust off the lowliest Christian's foot to the presence of the kingliest Ottoman. He resettled Armenians liberated from the Turks in Esfahan (which was followed by a steady stream of Armenian immigrants) and permitted them to build the Holy Savior Cathedral. 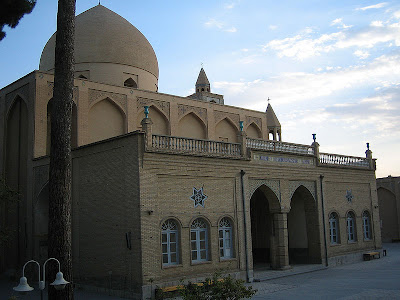 The Cathedral frescoes are stunning. Note the similarity of certain decorative motifs in both the mosque and the cathedral. 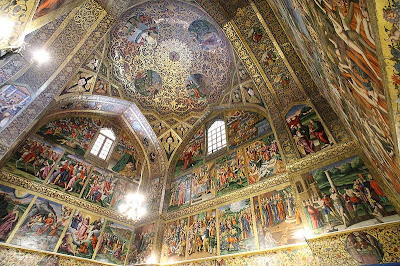 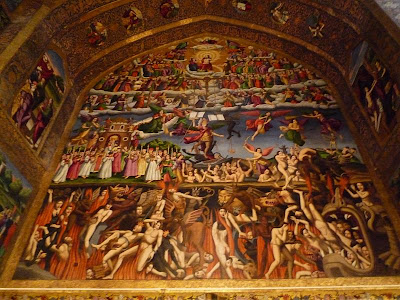 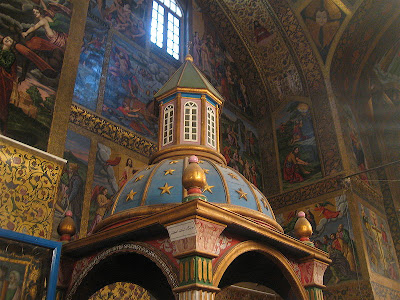 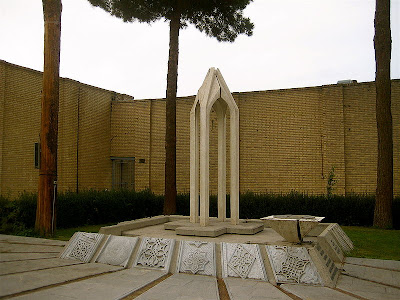 There's even a memorial to the Armenian genocide in the Cathedral courtyard.

Despite the glory of the Lotfallah, Shah Abbas was not finished adorning his new capital. Yet another mosque, even grander, arose: the Shah Mosque.