One generation of imbecile is enough.

[Strong Foul Language Warning, most of which is not mine.]

John Edwards' (remember him? Yeah, it's getting tougher for me, too) former campaign blogger, the incomparable Amanda Marcotte, has propagated another intellectual car wreck attracting gawkers. You may remember Marcotte as the originator of such crippling idiocies as:

Can’t a few white boys sexually assault a black woman anymore without people getting all wound up about it? [her response to the Duke lacrosse case--whoopsie!];

Of course, if you’re a perverted religious nut, the blood and the pain of 'cherry'-breaking is probably a de riguer part of a woman’s life, both to give the man a cheap thrill of actual blood while enacting the sex-as-violent-possession construction that is part of virginity fetishization and to remind the woman of her religious teaching that womanhood is suffering (see: Genesis);

[I]t appears the wingnut opinion on the proper lifecycle of the womb-body is–one begins as a bright-eyed, innocent virgin, loses your virginity in some weird post-wedding masculinity rite, preferably with maximum blood, fall pregnant immediately, and then die in childbirth so everyone can remember you fondly.

And my personal favorite, ranting against the growing movement to ban contraception:

[Here we'll break to let you push your retinas back into your eyesockets. Done? Good--on to the quote]:

One thing I vow here and now–you motherf*ckers who want to ban birth control will never sleep. I will f*ck without making children day in and out and you will know it and you won’t be able to stop it. Toss and turn, you mean, jealous motherf*ckers. I’m not going to be "punished" with babies. Which makes all your efforts a failure. Some non-procreating women escaped. So give up now. You’ll never catch all of us. Give up now.

[A Message from the Office for National Drug Control Policy: PCP is bad. But it's really, really bad to mix PCP with The Handmaid's Tale. Just don't.]

So, as you see, she's the feminist blogger answer to Andrew Dice Clay, hickory dickory dock.

If I ever find out who asked the question, I'll shoot him dead.

Notice a common thread? Yep--babyphobia. Mandy's pretty adamant the only fleshy thing that's ever coming out of her vagina is the wilting schwantz of her current inadequate boyfriend. 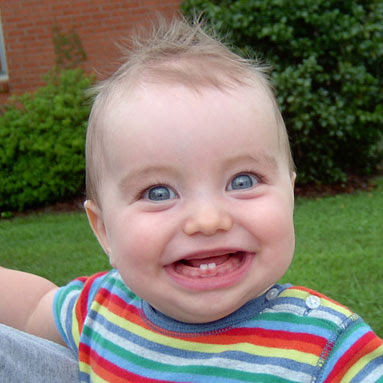 Her latest missive from the world of "The Patriarchs Are Coming After Us With Turkey Basters Full Of Semen!" is further proof, and probably tops the rant in the moron sweepstakes.

THE STUPID! IT BURNS!

The theory that women have a natural urge to have babies is one that’s got a long and ignoble sexist history, [...] None of that is to say that the urge to have children that some (but far from all) women experience isn’t real, and that’s my other giant problem with the ongoing preoccupation with evo psych theories to explain things that are cultural constructs. That something is a cultural construct doesn’t make it less real, it just means that it’s more changeable. This seems like a small distinction, but it’s an important one. I am routinely accused by evo psych fans of denying that men and women are different. I do think there are major culturally constructed differences, and I think most of them exist to demean and oppress women and should be changed in the culture. That’s not to say that they aren’t real, but just that they’re changeable.

As someone else noted, "In her world, a desire for children is a cultural construct, but transexualism and homosexuality are immutable."

No, she's not a top-rank commentator. Basically, she's a wholly derivative and shrill ideologue without a shred of real humor in her. But it's because she's so derivative (not to mention loud) that this latest foray into idiocy is important--she couldn't have dreamed it up on her own, which means there's a geyser of academic decerebration about to erupt under our feet. Coming soon to a Borders and NY Times puff piece near you.

Oh, and really, Ms. Marcotte--we get it--no babies for you! For which we thank the benevolent hand of Providence. Whatever it takes--tied tubes, diaphragms, hysterectomies involving backhoes--whatever. You have our blessing. And society's thanks.
at February 09, 2009

Email ThisBlogThis!Share to TwitterShare to FacebookShare to Pinterest
Labels: Fisks, Why Yes I Can Be A Prick