The Church of the Savior in Chora, Constantinople.

With all due respect to Hagia Sophia, the best remaining mosaics in the City of Constantine are not to be found there.

Rather, they can be seen at the Kariye Museum, the current name for the Church of the Savior in Chora. "Chora" is a term roughly meaning "rural," and reflects the fact that the city's great Theodosian Walls enclosed a great deal of farmland that was never developed, even when the population of the city exceeded half a million souls.

In fact, the parts of the city nearest the walls were popular sites for monasteries because of their remoteness from the population center.

The Church of the Savior is the last survivor. [Important Technical Note: Clicking on the pictures in the post often gives you a better look.] 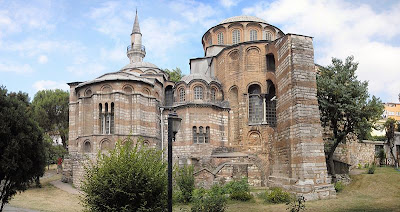 Built in the Eleventh Century, during Byzantium's last years of unchallenged political glory, the Chora was made immortal during the fourteenth century by the diligent efforts of an aristocratic patron, Theodore Metochites. 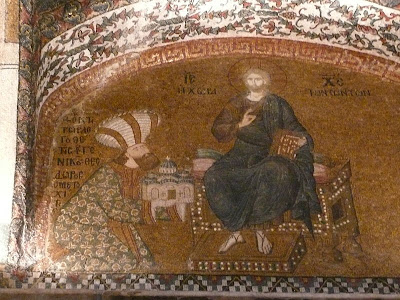 Metochites presenting his work to Christ.

Metochites spent lavishly to adorn the church with the great mosaics which have endured to this day. After his fall from power during one of the many idiot suicidal squabbles within the last ruling Byzantine house, Metochites retired to the Chora as a monk and died there, hopefully consoled by his great work.

The Chora was not immediately turned into a mosque after the fall of the city to the Ottomans in 1453. However, it was forcibly expropriated and turned into a Muslim worshop site in the early 1500s, and heavy plaster covered the mosaics. Please note that the the plaster is not responsible for all of the damage to the mosaics--Istanbul is geologically active and suffers from a large number of earthquakes.

Fortunately, in 1948 the Chora's life as a mosque was ended by the Turkish government and restoration work was begun, resulting in the establishment of the site as a museum in 1958. For that, at least, we can be very thankful. 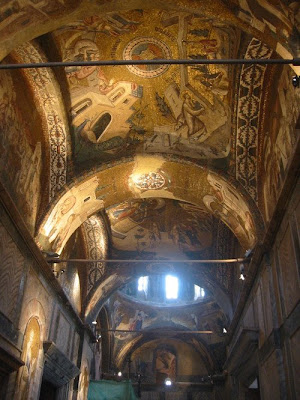 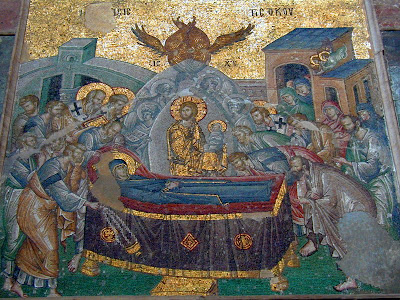 The Dormition of the Blessed Virgin 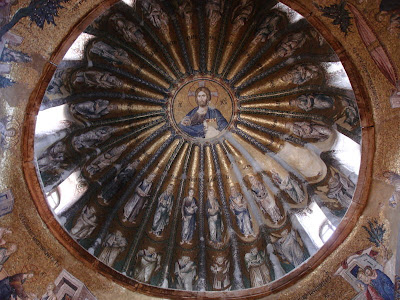 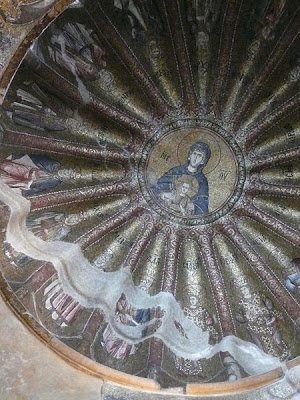 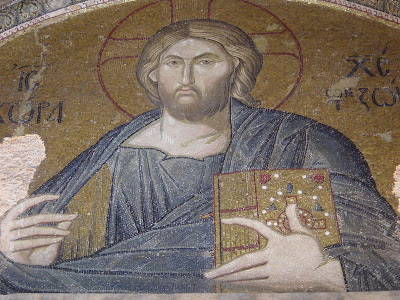 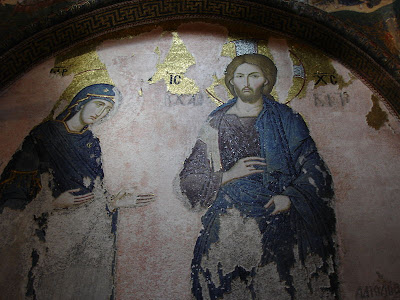 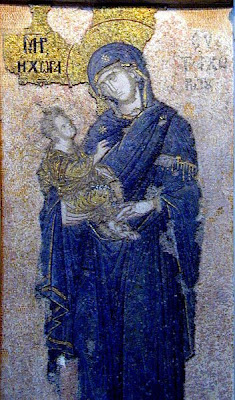 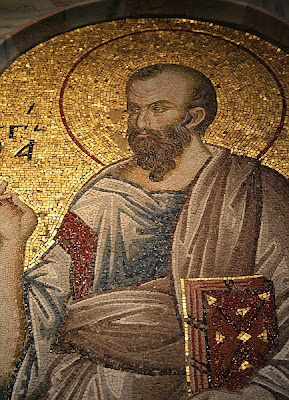 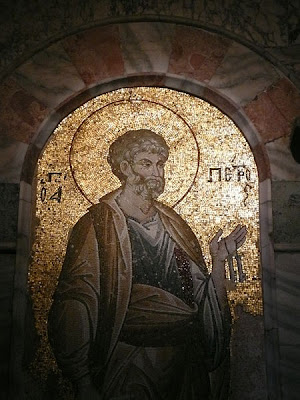