"You don't have to burn books to destroy a culture. Just get people to stop reading them.”
--Ray Bradbury.

An interesting article about our continued descent from our cultural heritage: essentially, a theatre troupe in Oregon is rendering Shakespeare into 21st Century American English. No word yet on whether the new scripts will use emojis.

My beloved wife's reaction when I told her this: 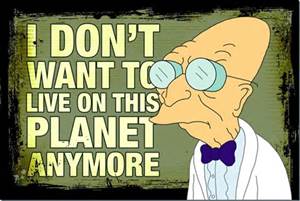 That's her verbatim response, by the way.


For nearly half a millennia English speakers have enjoyed, or at least consumed, Shakespeare’s work in its original language. Often the plays are shortened, sometimes variants from different folios are chosen, but Shakespeare’s words have never been changed wholesale to accommodate the intellectual laziness of a generation of artists and audiences. Why now, when more people graduate college than at any time in our history, do we need Hamlet for Dummies?

Is Shakespeare’s language difficult at times? Yes. Does it require effort to understand? Sure. But has anything happened to the English language or its speakers that make the works inaccessible? Absolutely not. Telling students and audiences they aren’t smart enough to get Shakespeare, that some appointed “experts” need to simplify it for them, turns appreciation of his work from an accomplishment into a literary participation trophy.

There is no reason for any of this. Shakespeare remains relevant to us on stages, in movies, and in our classrooms. Beyond that direct contact, works like “West Side Story,” “Sons of Anarchy,” and “Strange Brew” all use his stories in unique modern ways. But how equipped will we be to appreciate these adaptations if we don’t have a solid grounding in his actual plays?

I have to admit, I really got a kick out of the Strange Brew reference. Yes, it's true: the Bob and Doug Mackenzie classic really does have Shakespearean underpinnings.

But back to the major point: yes, this is bad news. Currently, it's just one troupe, but if it catches on, sheesh.

Yes, Shakespeare can be rough-going at first. Especially when you approach him from the printed page. That's the key, though: seeing it performed? You see the players and the light goes on.

As is the case with all parents, I like to think that all of my children are above average.

Nevertheless, they followed along and understood it. And enjoyed it. Does that mean they are some trio of amazing prodigies? No, though I will defend their brainpower to all and sundry.

The thing is, we didn't treat Shakespeare like some odd artifact from a bygone era suitable only for eccentric tweedy eggheads and other Anglophiles. Rather, it is something worthwhile for them, too--with a little effort.

Apparently, such assumptions are bizarre, so now we have this exercise in mutilation to meet the dumbed-down expectations of our times. If "expectations" they are.

The tragedy isn't just that we're losing so much. Rather, it's that those to whom we are supposed to pass the torch will have no idea of what was lost.

On the bright side, that might keep them from shooting us.

That, and the latest distracting app for their smartphones.