I'm a proud gun owner, so I was delighted when Charlton Heston became President of the NRA (which, BTW, is more ceremonial than anything--the Executive VP is the day to day guy).

But, lest we forget, that wasn't the only political activism with which he proudly associated himself. 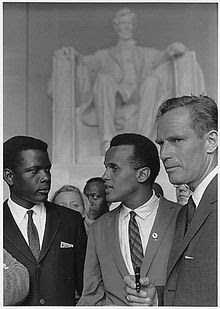 Libertas sums him up well.

More glimpses of the man here, in this Richard Dreyfuss tribute to Heston, and a letter he penned to the Weekly Standard about Shakespeare.

For me, this fact stands out: he was married to the same woman for 64 years, and she was at his bedside when he died. That's both a blessing and hard work, speaking volumes.
Posted by DP at Monday, April 07, 2008